I just returned from a photo shoot to The Great Smoky Mountain National Park.  My cousin/friend Bruce Steakley (brucesteakley.com) again was my shooting partner.  First some facts because everyone loves facts (well almost everyone).  The park was established in 1934 but didn’t become a national park until FDR dedicated it on September 2, 1940.  It is an 800 square mile mountain wilderness that spans the states of Tennessee and North Carolina.  We arrived late on Thursday May 16 and planned to catch sunrise the next day at Clingmans Dome, the highest point in the parka at an elevation of 6,643 feet.  It is also the highest point along the 2,174 mile Appalachian Trail. Ok enough facts!  This first image was taken on a completely overcast Friday morning from atop the Clingmans Dome Observation Tower and is called “Smoky Mountain Foggy Morning.”

The next image was made on Saturday morning with much better weather and is called “Early Morning In Smoky Mountain.” 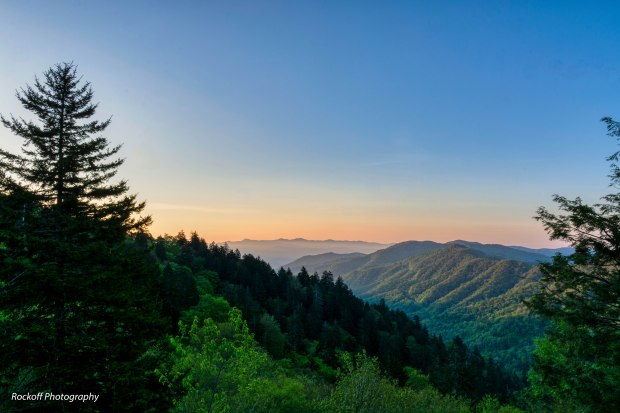 The next photograph was taken later that morning and is called “Smoky Mountain Vista.”

The next photo was taken at sunset on Saturday and is called “Mountain View, Clingmans Dome.”  It was a beautiful sunset that night and a little bit chilly. 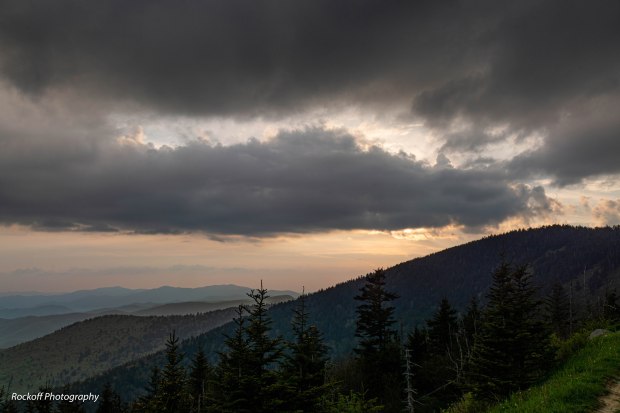 The last image is called “Sunset, Clingmans Dome” and shows the beautiful Smoky Mountains as they roll out into the distance.

If you have never been to Tennessee you should consider the trip.  It is a wonderful state with terrific scenery.  We stayed in Gatlinburg right outside the park which is free to get into, unlike most national parks.  It was another successful photographic outing for Bruce and me.  Well that’s it for this blog, see you next time and remember “Keep Shooting.”